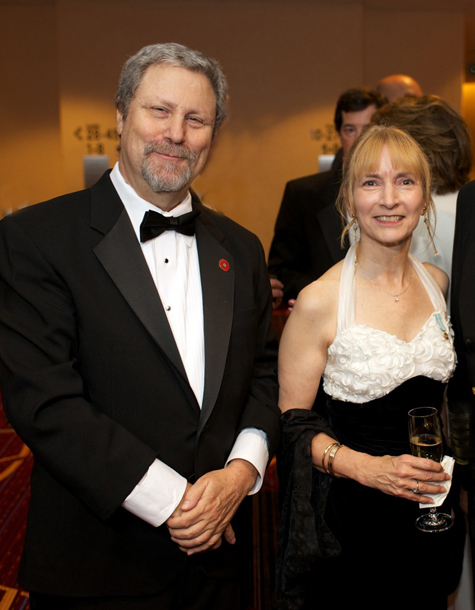 Paul and his wife, artist Karen Loew, at a Coast Guard reception

I became a writer for the same reason I studied psychology in college. Both were attempts to understand myself, as the product of a particular family, in a particular place and time.  As a fiction writer, I am really exploring my own motives, thoughts and behavior, through my characters. They wrestle with moral dilemmas, just as I do. And there is always something else of me in every one of them, exaggerated in many cases, singled out as a dominant trait, but some part of my personality is lodged in each. Have I come to know myself better this way? Maybe, but regardless, I believe drawing on my own traits adds believability to my characters and makes them more interesting for me to work with.

Nature is my first love. I am a Southern New Englander. My roots are there. I love the woods, the ponds and fields of New England. I was born in Boston and grew up in Westport, Connecticut, moving there at age five. I went to Brown University in Providence, Rhode Island for my Bachelor’s degree and later received graduate degrees from Boston University and Boston College. So I was 100 percent New England, until 1993 when I moved to Manhattan. One has to make a living and I supported myself first in healthcare and later in Information Technology. It took a long time to get to a point where I could afford to devote myself fully to writing. I always wrote a little, a poem, a short story, dribs and drabs here and there, but only since 2014 have I dedicated myself fully to writing novels.

I have completed two books, both in the mystery/suspense genre (Development and Carrie’s Secret) and am currently hard at work on a third (tentatively called Empty Luck). It is another suspenseful moral tale, this one about four young men who succumb to temptation and find trouble in Las Vegas. I expect it to be released in the Fall/Winter of 2022.

I am married to Karen Loew, a wonderful artist, and life partner. We have a big apartment in Upper Manhattan, where she has room to paint and I have room to write. The parks, trees and wildlife nearby thankfully still allow me a glimpse of nature.